Mansi International an IATA Tours & Travels company brought DHAMAKA HOLIDAY PACKAGES ( LTC Packages for North East) for LTC Packages for Darjeeling & Gangtok & LTC Packages for Guwahati & Shillong which is included in the cost of AIR TICKET so that nothing you have to pay from your pocket for the package and enjoy the below LTC Package Free of cost or Complimentary.

Central Government / Bank / Public & Private Sector Employee are entitled to travel by Private Airlines, the LTC package of North East which includes LTC package for Darjeeling & Gangtok or LTC Package for Guwahati, Shillong mentioned below is absolutely Free of Cost and is included in the cost of Air Ticket. Please check final cost with us before booking. The LTC Packages are availeble to book from below stations.

Morning after breakfast proceed for an excursion to Tshangu Lake & Baba Mandir (12400ft. / 54kms / 03 hrs.) Evening back to Gangtok. Overnight at Hotel

Guwahati: Guwahati is Situated on the Southern bank of the mighty River Brahmaputra in Kamrup district of Assam. Previously it was known as Pragjyotishpur (The City of the eastern Light) Guwahati is the fast growing premier city and it is also the gateway to the North Eastern states of India.This city subsequently got the name Guwahati (Guwa-means beetlenut and Hat - means market in Assamese) Afternoon visit the Nilachal Hills which is known as the home to the Tantra (Black Magic) and the most sacred Temple in this part of the country. In Nilachal Hill, visit:
Kamakhya Temple: The origin of Kamakhya Temple is pre Aryan situated atop the Nilachal Hill. The formost shrine of Assam, The Kamakhya is an ancient seat of Tantric and shakti Cults of Hinduism. The original temple was destroyed by the invading Muslims in their crusade against Hindu temples and idols in the early part of 16th century. Ultimately it was restored from ruins by King Naranarayan of the Koch dynasty and rebuilt in its present forming 1665 AD.
Chhinnamasta : The Chhinnamasta temple is situated adjacent to the Kamakhya temple. The goddess is also known as Gupta Durga. Devi cut her own head and carried in her hand.
Bhairabi temple : Bhairabi temple is situated in the lower portion of Nilachal hill. The floor area of the temple is said to be on human skulls. In each night of Full Moon and Dark Moon, the priests offer puzas to Devi Bhairabi in tantrik system. The pond in the temple complex is full of tortoises population of very old times. When called as 'Mohan' with some food-stuff they rush towards the beach to get it. Bagala temple : The followers of tantras offer puja in the Bagla temple. There is a common belief that Bagala Devi provides mental peace and relief to the devotees, when confronted by evils and foes.
Umananda Temple: In the vicinity of Guwahati in the middle of the river Brahmaputra on an island hill stands the temple of Shiva 'Umananda' (also known as Peacock Island). It is also known as 'Bhasmachal' as the rays that emanated from his forehead reduced Kamdev to ashes. Within the temple are to be seen the images of Anandi Shiva Linga and a silver ox and Umananda with five faces and ten hands. Evening enjoy the sunset cruise in Bramaputra river (Optional: Rs. 250 Per Person) Overnight at hotel.


Barapani (Umiam Lake): As per the legends, two heavenly sisters decided to make their way to Meghalaya. However, one of them had reached the destination and the other could not due to some reason. So the former could not traced out her sister and started crying with her broken heart. She cried so much that and a lake was formed with her tears. Locally known as Umiam Lake, Barapani means vast waters. Today it becomes a hub for the water sports activities such as speed boats, sailboats and water scooters. Adjoining to the lake, the Nehru Park offers an aviary and a collection of orchids and butterflies.
Shillong Peak: It is the highest point of Shillong, located in the upper Shillong an an altitude of 1961 meters (6,433 feet). The name Shillong originated from âLeishyllongâ meaning god who is believed to live on the Shillong peak, overlooking the city. It is located 5 kilometers away from Shillong and on a clear day one can enjoy the beautiful view of the entire city.
Cherrapunjee is a small hamlet, situated at an altitude of about 4823 feet (1484 m). Locally known as 'SOHRA'. Cherrapunjee is located in the southern most point of Khasi hill sharing the border of Sylhet district of Bangladesh. Cherrapunji offers a panoramic view of the hilly terrains, deep gorges and valleys with its spectacular waterfalls. It was once having the record of being the wettest place on earth, with an average rainfall of about 1150ms. However, this record has been overtaken by a nearby place Mawsynram.

Nohkalikai falls: This waterfall located 4 kms away from Cherrapunjee and is possibly between 1500 and 2000 feet tall. Known to be the fourth longest fall in the world it carries a pathetic legend behind its name. A woman named Ka Likai had a illegitimate child. After marriage the husband became jealous of her love for her daughter. One day Ka Likai was out for work and her husband killed the daughter, cooked her flesh into a meal. When the woman enquired about her daughter, her husband showed the sign of ignorance. Before she went to look for her daughter, she thought of eating something and had the meal that her husband prepared for her. After having the meal she found both the wrist of her daughter in the betel-nut basket. Then she realized what had happened, killed her husband with a dagger and threw herself off this cliff of this falls. This is how the falls got its name which means "Fall of Ka Likai." Mawsmai Cave: This 250m long cave is the major attraction for the tourists in Cherrapunjee. This cave is located 6 kms away from Cherrapunjee near to Mawsmai village. This natural limestone cave is wide enough for a person to walk comfortably, and one can see the myriads of stalagmites and stalactites all over the caves which are growing gradually. The caves are dark inside and electric torches are installed for the convenient of the tourists.

Seven Sister Falls: It is a seven-segmented waterfall, which plunges over the top of limestone cliffs of the Khasi Hills. In full spate, the segments stretch most of the way along the cliff. The water falls from a height of 315 metres (1,033 ft) and has an average width of 70 metres (230 ft).[1] The waterfalls get illuminated by the sun from dawn to sunset. The vibrant colours of the setting sun on the waterfalls make it beautiful to behold. Later return to Shillong. Arrive Shillong and check in at hotel.
Shillong: The Capital of Meghalaya, Shillong is one of the major tourist destinations in North East India. The British loved this place so much that they had established its Capital for Eastern Bengal and Assam For its climate and unique topographical features the British referred Shillong as the "Scottland Of The East". Overnight at hotel.
Day 03: Shillong / Guwahati (95 Kms, 2 hrs drive) :

Morning after breakfast sight seeing of Shillong : Wards Lake: Wards Lake is located in the heart of the Shillong City adjoining to the Governor's Residence. Shaped like a horseshoe, it is one of the prominent hang-out spot in Shillong. This century old lake was built by an engineer named Mr. Pollock. Hence it is also known to be as "Polok's Lake". One can opt for boating and pleasant walks on the cobbled sand stone pathways covered with varieties of flowers. The lake also has an arched bridge from where one can feed the fish.
Cathedral of Mary Help of Christian: Situated in At Laitumkhrah, it is the largest Cathedrel in Meghalaya attracts thousands of devotees. The colorful glasses of the skylight window along with the paintings of the Jesus spreading the messages of God are influenced by the European art and architecture.

Morning after breakfast in time transfer to Guwahati Airport / Railway station for the onward destination.Tour ends.


For Details about pacakges from all places please visit www.ltcpackagesjandk.in

Book Your Guwahati LTC Holidays Now : Send us the Enquiry

Book Your LTC Holidays Now : Send us the Enquiry 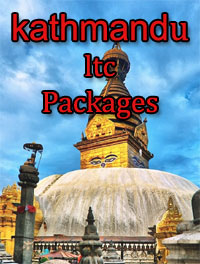